ExxonMobil brought Point Thomson online in April 2016 with production facilities designed to produce and reinject (cycle) 200 million cubic feet per day of gas and produce up to 10,000 barrels per day of natural gas condensate. The condensate is transported by a 22-mile pipeline which connects into the Trans Alaska Pipeline System.<

What Point Thomson means for Alaska

Point Thomson is opening up a new area of the North Slope. Our work with our Alaskan partners made Point Thomson possible.

ExxonMobil Alaska has invested about $4 billion in Point Thomson — more than 70% of that in Alaska. We’ve built production facilities designed to produce up to 10,000 barrels of natural gas condensate per day. Those facilities are connected to the Trans Alaska Pipeline System (TAPS) and, since commencing production operations in April 2016, have brought new resources into TAPS.

Point Thomson marks a new era both for ExxonMobil in Alaska and the North Slope. The investments will open the eastern North Slope to development and lead to increased production into the Trans Alaska Pipeline System.

With our Alaskan partners, the ongoing work and investments in Point Thomson are also laying the foundation for future gas development. Alaska has the opportunity to become a global natural gas leader. We are excited to be contributing to the next chapter in Alaska’s energy legacy.

It is our goal to operate at Point Thomson safely and responsibly. We believe that strong safety and environmental performance is integral to overall successful operations performance.

ExxonMobil strives for a workplace that will enable us to achieve our clear and simple safety standard: Nobody Gets Hurt. This goal includes our neighbors and contractors, as well as our employees. All Point Thomson workers participate in rigorous safety training, related to both site risks and the specific hazards associated with individual roles. Workers are trained, supported, and ready to work safely, every day.

Throughout planning, design, construction and operation of Point Thomson, ExxonMobil has made it a priority to avoid or minimize environmental impacts. We have designed comprehensive mitigation measures to minimize impact on tundra, wildlife, aquatic resources, and subsistence activities.

Polar bears are seasonally present in the Point Thomson area and are known to den along Alaska’s Beaufort Sea coast.  We consider both human and polar bear safety to be of vital concern. ExxonMobil has taken measures to minimize impacts on polar bears:

A core component of ExxonMobil's vision for Point Thomson is to be a good neighbor. ExxonMobil began consulting with North Slope Borough government officials and residents on drilling and production plans in 2008.

Our ongoing consultation involves an open dialogue between ExxonMobil and residents of the North Slope Borough on how suggestions and recommendations are addressed and incorporated into design, location, construction and operations. We are committed to maintaining a positive working relationship built on trust and collaboration with the North Slope Borough, Kaktovik, Nuiqsut, the Alaska Eskimo Whaling Commission, Native allotment owners and heirs, and the Iñupiat community of the Arctic Slope, as well as many others.

ExxonMobil is involved in a number of ongoing initiatives to communicate with local residents about the Point Thomson development. The Kaktovik community has been a primary focus in promoting collaboration with North Slope communities.

ExxonMobil assisted Kaktovik in establishing the Kaktovik Community Foundation (KCF) to provide a mechanism for corporate giving that meets community needs in a sustainable way. The Foundation’s goals reflect those of the Kaktovik community — to promote Inupiaq interests and values, to build a strong community, and to encourage life-long learning. ExxonMobil contributed to KCF’s initial funding efforts with a seed donation, part of which was dedicated to the development of a community ice cellar.

As part of its agreement with the U.S. Army Corps of Engineers, and in cooperation with local agencies, ExxonMobil partnered with residents of Kaktovik to assess cultural resources on Barter Island. With the help of local experts and a high school intern, and in cooperation with local agencies, the Point Thomson archaeology team employed sophisticated technologies to record artifacts and investigate heritage sites. Some of these technologies and excavating techniques were later taught to students in the Harold Kaveolook School through ExxonMobil’s Science Ambassador Program. 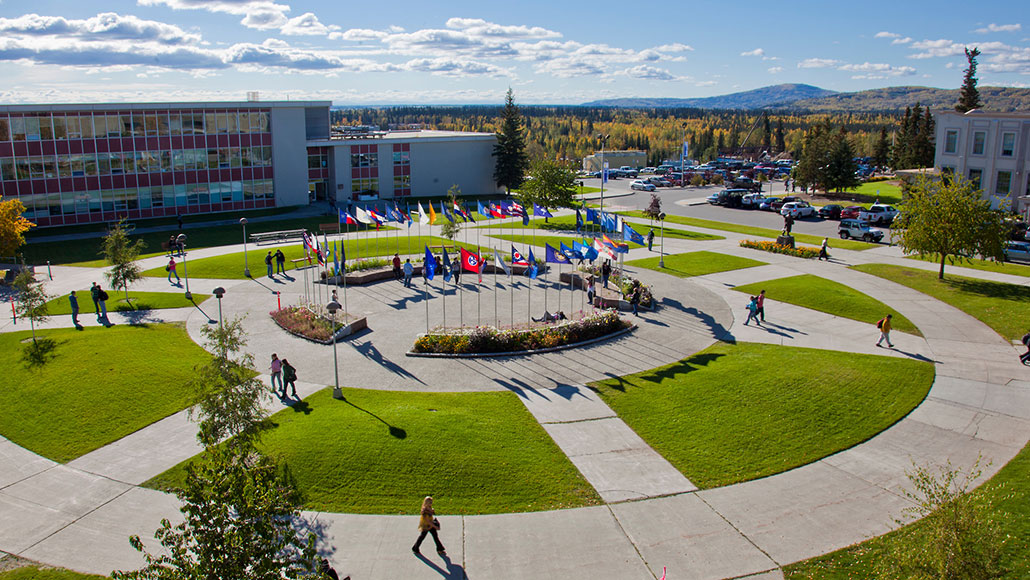